I have my teeth into some Mozart chocolate circles, sent to me by Norbert Eckermann for Christmas. The circles were awaiting my return from New York. While relishing them, I think about how fortunate I must be to possess what I call the Stradivarius of frame drums. While in New York, and roaming the percussive worlds, I saw no one playing the sublime Eckermanns. “As no one can afford them,” says Billy, the owner of Drummers World, who sent his regards to Norbert through me, while showing his distress that, obviously since he had no such fine instruments in his store, there was nothing he could do for me. And yet, as he went on and on about Norbert's goat farm, and gushing at the man's devotion, he made me feel blissful. Some say that plenty equals bliss, and these days I must say that I owe my feeling of plenitude to Norbert. So, Norbert, thanks for the chocolates and your genius.

I play a few numbers on the smashing tar, shift to the riqq for a sweaty saltarello, and then throw myself at the church bells in The Play of Daniel by the Dufay Collective. They sing about the writing on the wall just as Anthony Johnson is writing on my wall on Facebook. This is in response to a comment I made on his collection of “Hippodrones” which he posts occasionally for public display in the same forum. These hippodrones are bits of highly informative, witty, clever, and above all generous, very generous lines that make our days much much better even than they are already. As Anthony is also a fan of Norbert – I made sure of that – he anticipates with delight the math in my introduction to his upcoming book with EyeCorner Press, Aurora Resurgens. It occurs to me that all the significant men in my life know something about math. And the best ones are the esoteric. I list here below the fun exchanges on oracular history, while being grateful for all the synchronicity provided by Anthony and Norbert, in absentia in New York where I was fragmenting my way through the image world of Visconti & Sforza, fellow templars of Anthony's, and the sound world of Thomas Adès, a fellow creationist of Norbert's. The latter, in his concert with the New York Philharmonic, 7 Days, enforced once again what everyone knows but won't admit it: that it ain't about sex, but geometry and numbers. As Shakespeare put it: “Go to your bosom: Knock there, and ask your heart what it does know.”

Anthony Johnson Hippodrone (22). ‘Aha Moment’. What has been lost through the arc of history? Recharging the muses (in the BM’s exhibition on ‘The Egyptian Book of the Dead’) was the insight that ‘Aha’ is a benevolent pygmy hippo goddess. And that the image of Ipet (her child-centred sister) counters the scary red shadow of Seth’s water-horsical devotees. So let us raise our wands to Aha, Ipet, and the way of the White Hippopotamus!
21 hours ago · Unlike · Comment 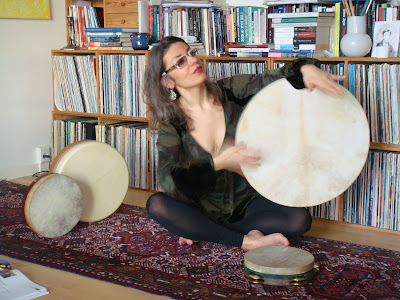 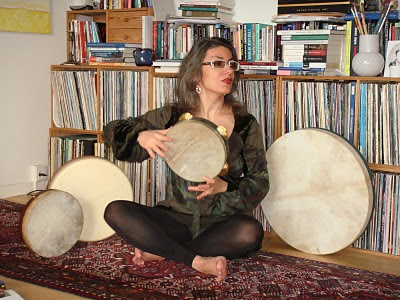 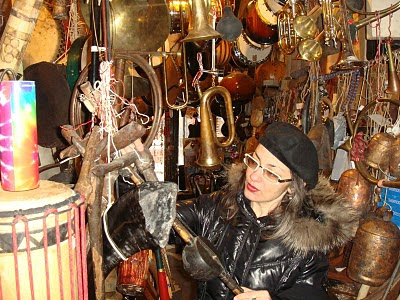