Köln. The day after. The post-conference trip ends with a tour of the Dom, the magnificent cathedral from 1242, which is a close imitation of the one in Amiens. As with cathedrals of this caliber, the legend has it that the first architect made a pact with the devil. I'm thinking of pacts, and what we use them for. If this is true indeed, then what the architect made a deal for was to encode the language of the birds into the stones.

The night before, over beers and weird light at the local pub, I read the Tarot cards for my closest friends. Frank, one of the three musketeers in the trio which includes Rainer and Cathrin, has some doubts: should he continue with the Jesuits or do philosophy instead? We use the cards to get an insight into an alternative reality. The cards fall precisely into place reflecting exactly the nature of his question. This morning, he tells me how on the way to his hotel around midnight he heard the organ very loudly playing in the church. There were no lights on, and there was no traffic around. It was all very quiet, except for the music thundering all of a sudden. “My god,” I said to him, feeling jealous: “you heard the language of the birds. How fortunate.”

While looking at the beautiful stained glass windows from the renaissance, depicting what we often find in the Tarot cards, I initiate the now reduced number of people from the conference into the legend about the nomadic cathedral, the Tarot cards. With the destruction of the Order of the Temple on the night of October 13, 1307, the masons and the architects of the sacred buildings went underground. Their teachings re-emerged, however, around 1400 in Northern Italy, and legend has it that in order to prevent the assassination of masters opposing dogmatic systems, whatever knowledge about how the sacred can be experienced literally and in a direct way, was to be encoded unto a pack of cards. As playing cards, this knowledge survived, and with it, so did the brilliance of the structure of 22 types and 56 relations.

Everyone likes this idea. So we decide to stick to churches. The three musketeers suggest that we all go and see another master, Peter, an art therapy professor, painter, and a hardcore Lacanian. Peter lives in a church. A modern church, but a church nonetheless. At some point, when the catholic congregation went over to graze on other pastures, Peter bought the place and turned it into a gallery. He himself now lives in the bishop's rooms right across the main building. The altar is in his living room and filled with postcards of Peter's paintings with variations over Courbet's L'Origine du Monde. Peter never paints anything else. For him, that is the Real. We sit in the middle of the Real and drink a grand cru French wine, while stuffing ourselves with goat cheese and Danish cookies. Peter wants Frank to read some fragments. Very lyrical, which in German, with its amazing falling tone, acquire a certain gravitas. We all feel pulled towards the stone. Frank, the cardinal, has a very soothing voice, and we make him give us a blessing. Courbet is winking. We all know what we know.

We leave Peter's place in Rainer's vintage 1980 blue Mercedes. While cruising through the woods, Die Köningin, Cathrin, is trying to communicate to us what the plan is. This woman gets things done. But Rainer turns on the music, and says: "here's the short version of what the meaning of life is: spend your time wonderfully." Barbra Streisand gets channelled and we all marvel at her voice while she enforces Rainer's point. The song I'm a Woman in Love makes us all nod. And I'm thinking: This IS the language of the birds. Sung in Rainer's blue cathedral, and seen in Peter's Courbet cathedral.

Back home, two hand stenciled Tarot decks await me, sent from another cathedral. Roxanne Flornoy, the wife of the late master cartier Jean-Claude Flornoy sends me her warm greetings, handwritten on an additional special card: The Hanged Man. I read this as a message. The meaning of life is to let it all hang, and let whatever streams through you turn into a church bell, resounding the joy of knowing the children of Maitre Jacques. 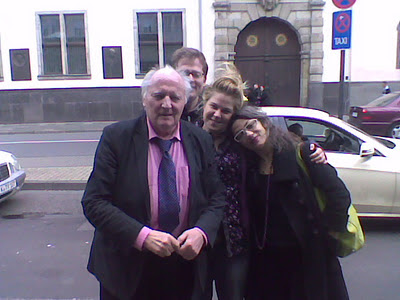 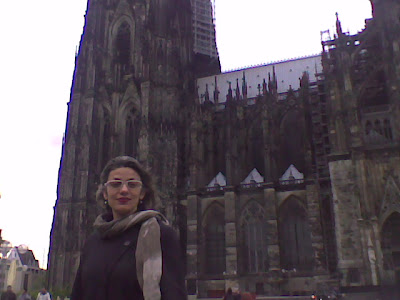 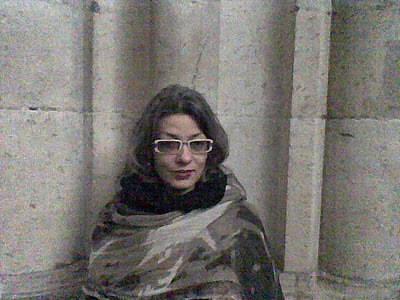 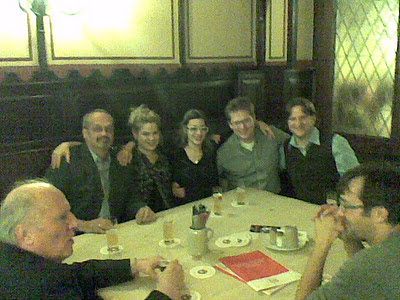 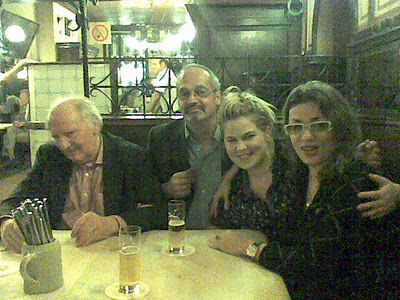 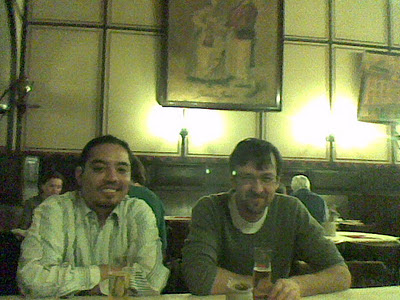 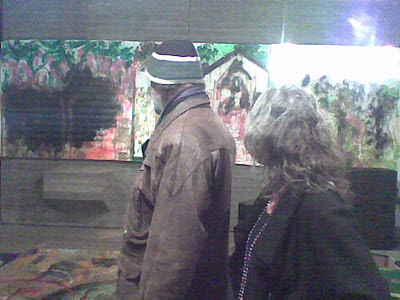 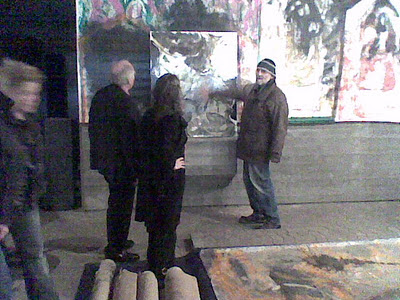 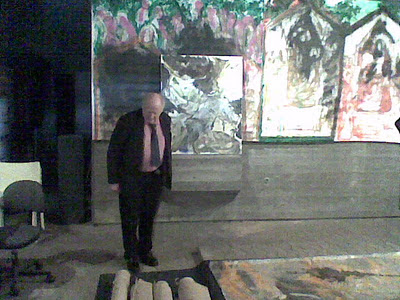 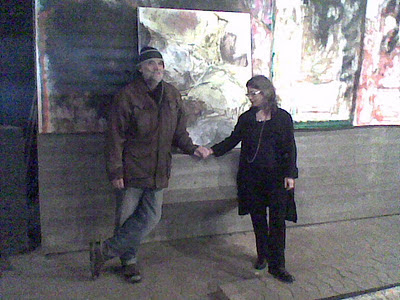 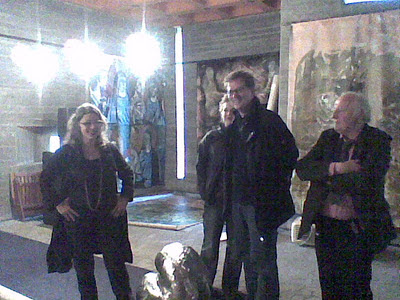 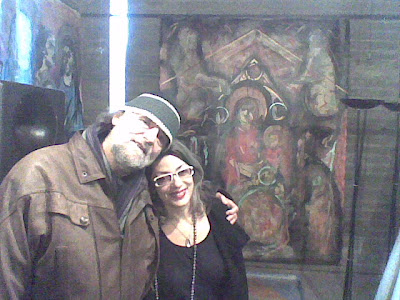 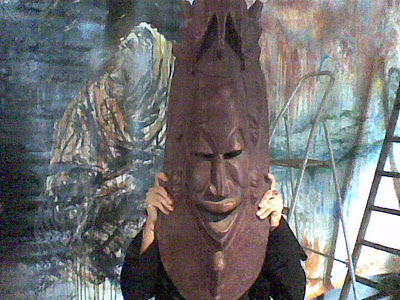 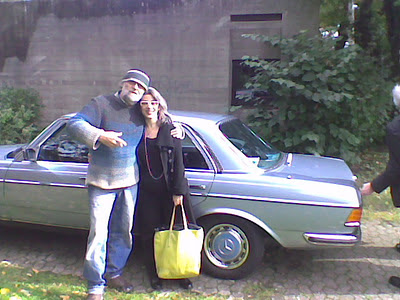 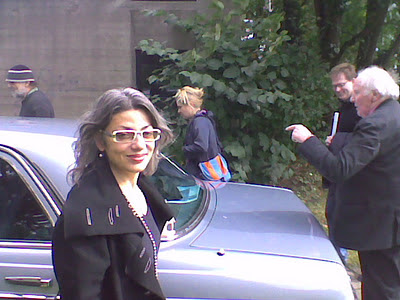